Gold Bull Run | It was a normal enough day like any other before it, but this one was somehow different.

That’s exactly how it’s going to feel watching the next sequence of events that sets off an irreversible decline in the US and global equity markets, and yet many will recognize an uncanny sense of deja vu.

RELATED: Congress Is Coming After Your 401(K)

How a Gold Bull Run Is Setting Up Beautifully for 401k and IRA Holders, As Well As Retirees 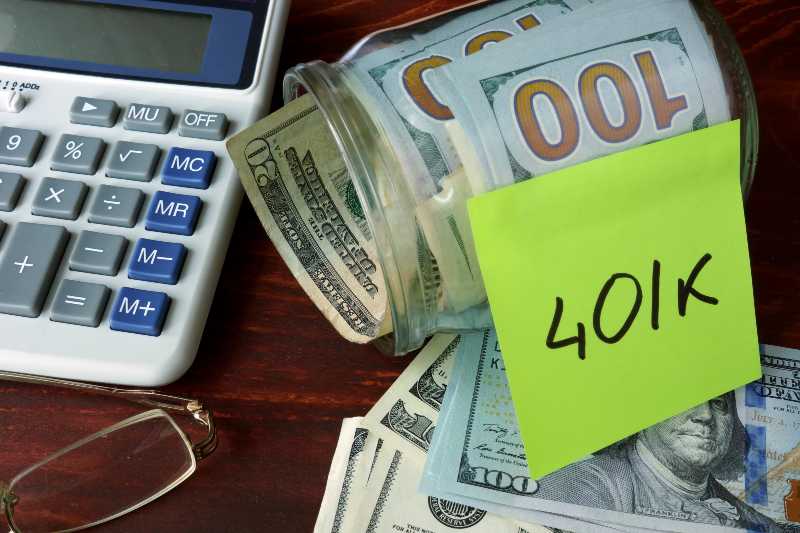 The thing is, recessions come and go, but wisdom is forever. And the wise among us are already planning for the next recession as the US enters the longest business expansion cycle in its history.

It has often been said: “What goes up, must come down”, and the stock market is no different. With stocks being some of the most overpriced financial instruments you can buy at this point, billionaire hedge fund managers like Jeffrey Gundlach and Stephen Kaplan are making some pretty bold predictions- like the price of gold hitting $5,000 an ounce within 10 years.

Of course, the mainstream news media will never tell you to buy gold and silver, or to simply take profits and sideline cash in your investment accounts as a fundamental weakness in the markets begins to manifest.

But you don’t really expect CNN Money, MSNBC, or Fox Business to manage your retirement, do you?

At least, not with your greatest benefit in mind. And that’s exactly where we’re at right now.

The federal government, the pundits, and Federal Reserve, the big bankers, and even the President who once called the stock market “a big ugly bubble” and the unemployment numbers “fake”- all say the economy’s never been better, and there’s no recession in sight.

Meanwhile, over 60% of CEOs surveyed worldwide predict a recession will be here by 2020, at the latest. With Fed Chairman Jerome Powell promising to do “whatever it takes” to keep this train on its tracks, that really only means one thing- the further reduction of interest rates.

Lowering interest rates is the sign of a weak economy that cannot survive under the weight of its own debt, and the US dollar and US stock markets are merely systems of debt.

This is why corporations, enabled by Uncle Sam, have borrowed money very cheaply, incurred record amounts of debt, and bought their own stock shares to prop up and inflate their prices.

After all, the CEO and the board of directors of major corporations get paid largely based on how well the company stock is doing. This is why you often see heavy bonuses for executives even during tough times for normal people like you and me, and the ever-dwindling middle class.

And now, we have record personal debt and record federal debt to match. When you factor in a severe slowing in factory orders, underwhelming job numbers, and the record number of retail closures, you start to see that the real economy is not doing as well as they’d have you believe.

And this is exactly why you have to act now and do something about your future while you still can. By the time the gold bull market resumes and stocks begin their decline as a result of missing fundamentals in the real economy to support the high prices, you will have already wasted precious time.

Considering it can take several weeks to 3 months to process a withdrawal from a managed fund or initiate a 401k rollover, added with Murphy’s Law which states “what can happen, will happen”, you could easily lose 20 – 25% of your total portfolio when real volume once again takes hold in the Dow Jones, Nasdaq or S&P 500.

Aggravated by global markets the following suit, and potential for market and bank closures until things stabilize as governments intervene directly, years could be wiped off of your retirement within a very short and volatile period of time.

With gold getting ready to pass its own imaginary Maginot line at $1350 in price, we could be fastening our seatbelts in preparation for this time-tested metal’s next meteoric rise, and all the fundamentals are there for it.

As you continue to see all the signs and indicators flashing red in the economy, coupled with the government’s pledge to essentially print more money (because they know they have no real options left to fight recession), there’s never been a better time to invest in physical, precious metals- not only to protect your 401k, IRA and savings from the next economic downturn but to actually profit from it.

That’s why I encourage all my subscribers and viewers on YouTube to request the free gold IRA rollover kit which I offer in the link below and in all of my investing and financial videos.

It’s risk-free, there’s no obligation, and if you qualify ($10k or up) you will receive a DVD, a special issue of Forbes magazine, and other info about the power of physical gold in a new metals IRA account or a rollover from a 401k or pre-existing IRA.

A lot of people have taken me up on my free offer, and none of them regret it. You really have nothing to lose except for 3 things: misplaced faith in an unstable economy, undue trust in an unsound fiat money system, and unnecessary sleepless nights filled with worry about your financial future.

Do yourself a big favor, bookmark, or send this article to yourself as an email so you can read it again a few weeks from now and to everyone else you care about while there’s still time.

Nothing lasts forever but remember- gold will outlive all of us.

Worried about missing out on the next gold bull market? More and more people are protecting their 401k and individual retirement accounts from the next recession with a gold IRA rollover [http://thebestgoldirarolloverguide.net].

Watch my investing and market update videos to learn how gold can help you thrive during the next stock market crash.