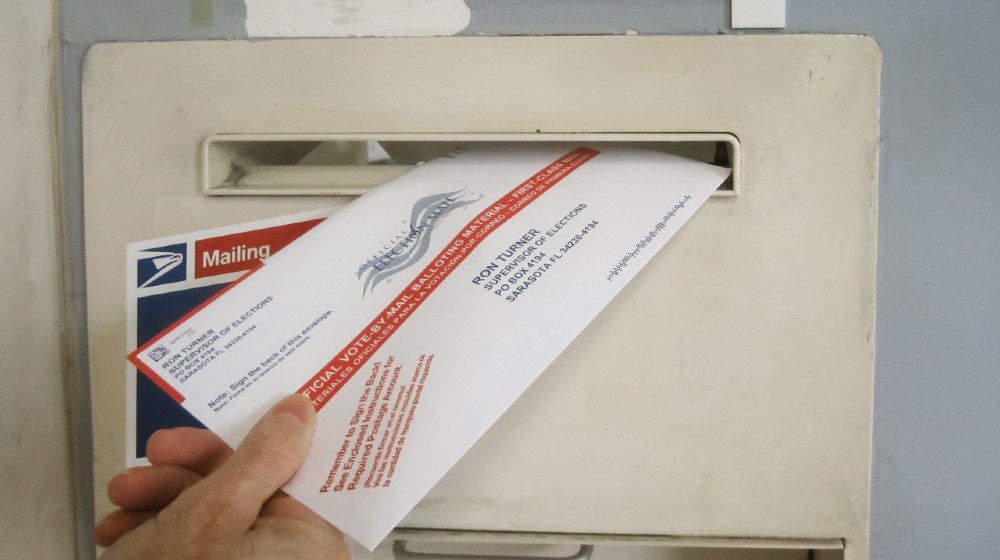 Uncounted votes in Georgia surfaced yet again. After Floy, another Georgia county found uncounted votes during a recount. State officials found a memory card during their audit of Fayette County election results. The card contained thousands of votes that election officers forgot to upload into the state voting system. More than half of the ballots voted for President Donald Trump.

Gabriel Sterling of the Secretary of State’s office said they found scanned votes saved on a memory card. However, the election officer never uploaded the card’s contents to the system. Sterling said that Fayette’s issue was “more easily discoverable than the issue in Floyd County.” He said that in Fayette, they compared the number of people listed in the early voting file with the vote total. The difference matched the number of votes on the card.

Melanie Conrad with the Floyd County Board of Elections wrote a statement released to FOX 5 News. She wrote: “We did have an issue with a scanner at the polling location where the undercount occurred. That will be the starting point for our investigation. As of now, we believe it was a technical issue caused by human error.”

“There was an issue where we noticed there were more people on the absentee ballot filed for voting in-person in Fayette County than was in the actual reporting,” Sterling said. “It was discovered today for certain. Because of the audit, we found this. There were several places where the county should have seen this. There were several human beings that didn’t follow procedure.”

The audit confirmed 2,755 previously uncounted votes in Fayette County. 1,577 votes were for Trump while 1,128 were for Biden. This reduces the statewide lead of Joe Biden down to 12,929. Fayette County will re-certify election results later today.

Local reporter Jamie Dupree thinks that the reaction to the error is mild. He noted that people would react differently if the votes came from Fulton county instead. Fulton is a deep blue area that voted Democrat.

Dupree tweeted: “And we have the second county in Georgia where all the votes were not counted. Fayette County voted 53-46 for Trump.” In a follow-up tweet, he wrote: “Just a thought again today….that if this was Fulton County finding uncounted votes, my Twitter mentions would be melting down. But when it’s two GOP counties (Floyd & Fayette), well it’s just a shrug of the shoulders.”

Last Monday, Floyd county also reported uncounted ballots numbering 2,600. When opened, they showed 1,643 new votes for Trump and 865 for Biden. Georgia Elections Director Chris Harvey verified the 2,600 missed ballots. He will add them to the final tally this Friday. “You want every vote counted right the first time, but that is one of the goals of the audit: to identify problems,” he said. He confirmed uploading all the votes, saying that “the results will be what they are.”

Like Fayette, officials attributed the error to humans. Election workers failed to upload a memory card to the system. Local Republican Party Chairman Luke Martin opined that the issue is “very concerning.” Martin did think that “this doesn’t appear to be a widespread issue.” He is thankful for the audit, and said it’s “important to count all votes.”

County elections workers started the hand recount last Friday. State law allows the secretary of State to choose which race to audit. As such, Secretary of State Brad Raffensperger picked the presidential elections. He said that the close margin between Trump and Biden requires a full hand recount. As of Tuesday, Raffensperger’s office said workers audited and hand-counted 4.7 million out of 5 million votes. Most of Georgia’s counties reported minor or no discrepancies.

The deadline for the manual recount is 11:59 pm Wednesday. The Secretary of State’s office previously said they will certify the hand tally results. Now, Sterling clarified that the state will certify the counties’ certified results. While people may find the recount unnecessary and wasteful, the process served a purpose. It showed that the system works and that human workers need to stay more vigilant. We can’t all be winners, but every vote counts.

Watch this as 11 Alive reports on Fayette County election results after ballots uncovered during an audit:

With the recount winding down, the audit shows around 5,000 uncounted votes in Georgia. With the state’s voting population at almost 5 million, does the audit prove voter fraud? Or are the missing votes just a matter of human error? Let us know what’s on your mind by sharing your comments below.