States that are lead by a Republican governor have brought jobs back more quickly than those led by the Democrats. as people in the country start to go back to work. This is according to new unemployment data for each state released by the Department of Labor.

Republican governors run the top 12 states leading in terms of job growth. Additionally, 17 of the top 20 Republican-run states do a better job in letting Americans go back to work. 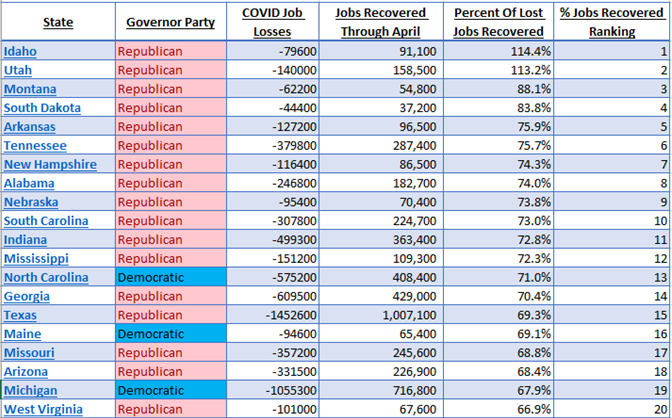 Furthermore, two more Republican states, specifically Idaho and Utah, have seen more jobs than the number they had before the COVID-19 pandemic started. Idaho is currently at 114.4% while Utah has 113.2% in terms of jobs recovered from the pandemic.

According to the data released, 23 Republican-led states have managed to recover more than 50% of the jobs that they have lost during the pandemic. This includes 17 states that managed to get back more than two-thirds of the total jobs they have lost. 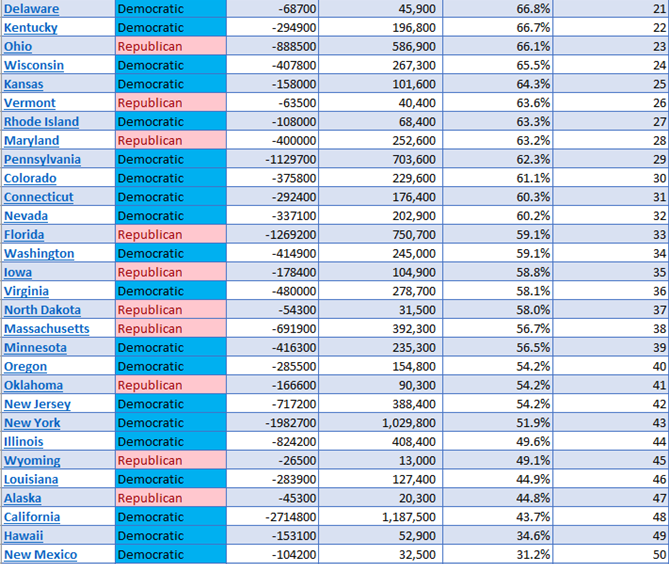 To compare, only five Democrat-run states managed to recover more than two-thirds of the jobs lost.

Additionally, data from the Department of Labor shows that the top six states led by a Republican governor now have lower unemployment rates compared to Democrat-led states. Also, 12 of the top 15 have the lowest unemployment rates. 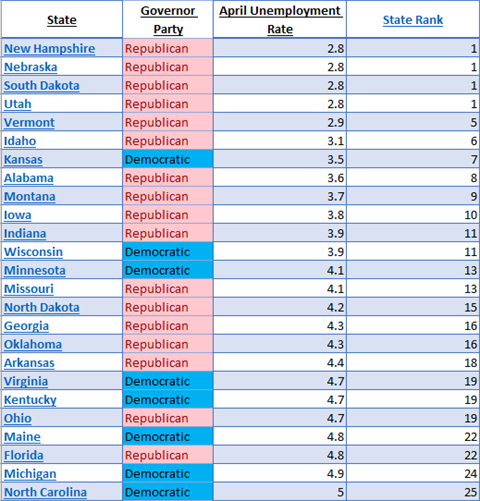 All in all, these Democrat states, on average, has unemployment rates almost two percentage points higher. Republican governors run the 27 states with the lowest unemployment rates. They average 4.6%. In comparison, those that are run by Democrats have an average of 6.3%. 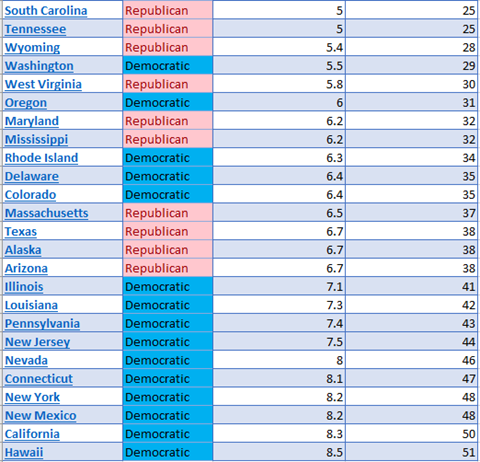 Three Republican-led states, particularly Nebraska, Montana, and South Dakota, all have lower unemployment rates than when the said pandemic began.

The Department of Labor’s data continues to present that states run by Republican governors who chose to open economies more swiftly helped in getting Americans back to work.

As per Bloomberg, Democrats have been paying people not to work through the extension of unemployment benefits. The report added that the $1.9 trillion pandemic relief plan by the Democrats resulted in this.

At the time it was put forward, Biden proposed providing unemployed people $400 as a weekly supplement in addition to the unemployment benefits they already receive.

A $300-per-week supplemental unemployment benefit was passed and signed into law was estimated by the American Action Forum. The supplement would give around 37% of the American workforce more money for being unemployed than by going to work.

According to the Washington Times, this proposal managed to frustrate owners of small businesses.  They struggle to entice people from going back to work.

More than 22 Republican governors have announced that they plan on stopping payments for the additional unemployment benefits. This is in addition to those who have been rewarding people who return to the workforce by offering the unemployed some sort of “return-to-work” bonus when they do.

Some business owners in the country have failed to find staff to fully run their businesses as states reopen. They have directly blamed the president’s policies for making it difficult to find workers.