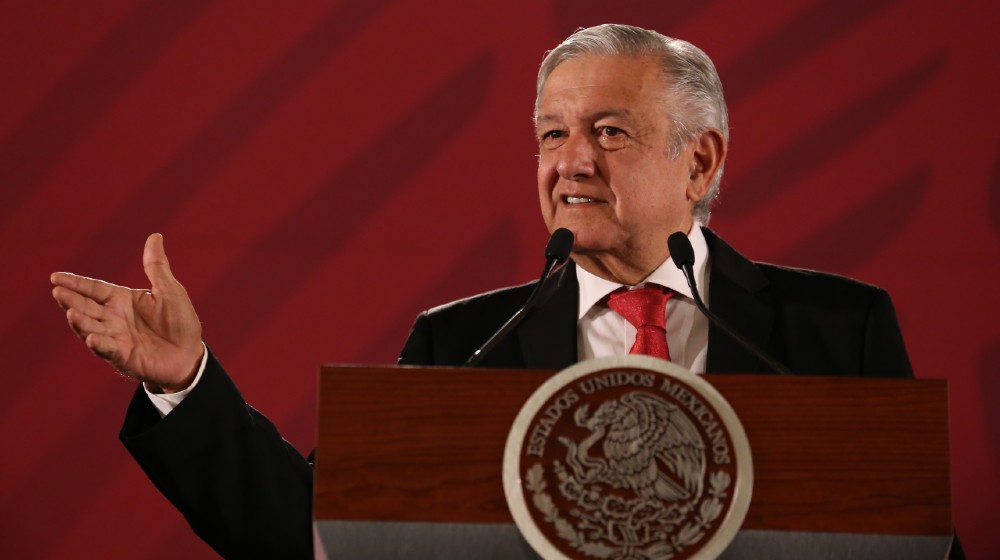 Mexican President Andres Manuel Lopez Obrador blamed President Joe Biden for the ongoing border crisis between Mexico and the US. During a press conference last Tuesday, Orbador laid the blame squarely on the embattled US president and his migration policies. He said that President Biden’s policies created expectations that migrants will receive better treatment. And this has caused Central American migrants, and also from our country, wanting to cross the border thinking that it is easier to do so,” he remarked.

Newsweek reported that White House Press Secretary Jen Psaki briefed reporters Monday that the US sent envoys to Mexico and Guatemala to find a solution to the crisis. However, Obrador appeared to side with Biden’s Republican critics. Both noted that the number of migrants surged when Biden deviated from former President Donald Trump’s hardline policies.

Ultimately, Obrador argued that Biden made things worse with his new policies. Specifically, the policies allowed smugglers and traffickers to convince locals that the often dangerous route is now easier to cross. Emboldened with the news, migrants fled their countries in an attempt to reach the US. The Mexican President also stressed his country’s sovereignty. He said he wants to work in a more coordinated manner with the United States to curb the flow of migrants showing up at the US-Mexican border.

Meanwhile, Department of Homeland Security Secretary Alejandro Mayorkas passed the blame to Trump. He pointed out Trump’s disruptions to the immigration system and claimed this is what caused facilities to overflow with migrants. With Trump dismantling the entire migration system, the Biden administration had to rebuild everything. Hence, they are now struggling with the surge in migrants and unaccompanied minors.

By Tuesday, the number of unaccompanied minors held in border detention facilities is around 300 percent higher than previous counts. To help address the crisis, the US government is looking more at Mexico to handle the problem. Reportedly, the Biden White House is looking at vaccine distribution initiatives to help with the talks with their southern neighbor.

However, Trump didn’t take the accusations sitting down. He went on the offensive and proudly laid out his accomplishments in controlling the migration at the borders. In an interview with Fox News’ Maria Bartiromo, Trump said his working relationship with Mexico and his border wall acted as deterrents to illegal migration. He said his administration “did a lot of things,” but now the Biden team eroded these efforts. “Today, they’re coming in from all foreign countries. … They’re dropping them off, and they’re coming into our country, and it’s a disgrace. They’re going to destroy our country if they don’t do something about it.” the former President noted.

In addition, Trump’s “Remain in Mexico” policy held off migrants from staying in the US before their migration hearings. Trump said that terminating this policy led to the surge. During the Lisa Boothe podcast where he guested March 22, he said things will get worse. “We had it in such good control two months ago, three months ago. And then he made the statement that you want to have, you want to come in. These people came along, and they just ended everything, and now they’re going to be flowing in by the millions — already started very substantially. Nobody’s ever seen it. As bad as it is now, it’s really good compared to what it will be in a few months.” Trump said.

Do you agree with Mexican President Obrador that blame for the border crisis lies on the Biden administration? Also, what could the US do to help stem the flow of migrants? Let us know what you think about this crisis. Share your thoughts in the comment section below.