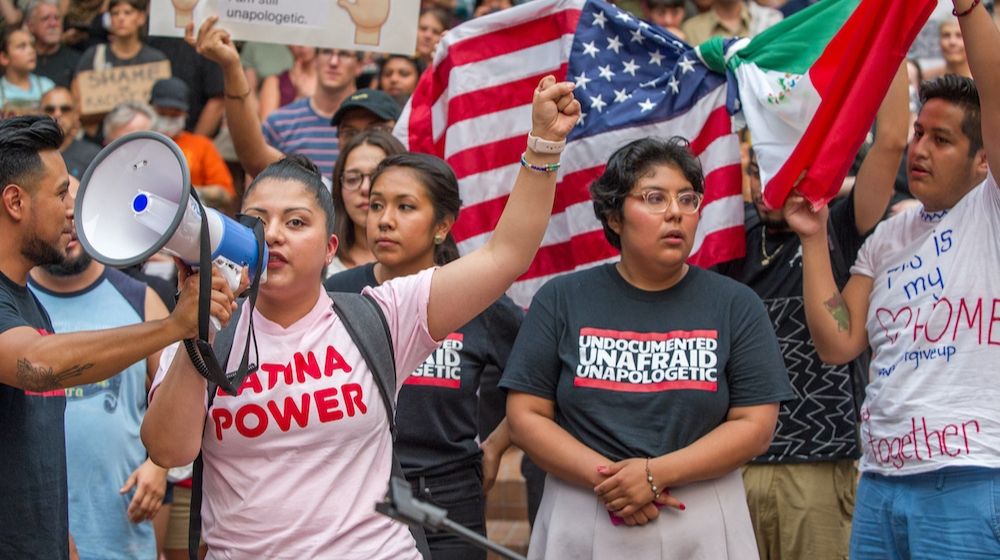 Washington State recently joined the rank of those proving Liberal sanctuary policies are nothing but trouble.

By undermining Immigration and Customs Enforcement (ICE) and favoring illegal immigrants with criminal records, American citizens are left at the mercy of ruthless invaders.

“Our state agencies are not immigration enforcement agencies,” he said. “We will not be complicit in the Trump administration’s depraved efforts to break up hard-working immigrant and refugee families.”

But who are these “hard-working immigrant and refugee families” Inslee is trying to protect? Certainly not those who actually fit that description.

Instead, it’s hardened criminals with records longer than Inslee’s resume who are benefiting. Inslee’s political superior, Senator Phil Fortuno, pointed this out too: “This not only puts law enforcement at risk, it puts private citizens at risk.”

Inslee ought to know better.

Between October 2016 and June 2017, the state’s previous (and weaker) sanctuary policies let 11 gang members who were in the country illegally walk away practically Scot-free.

However, he’s been blinded by his (failed) attempt to run for president and turn America into a sanctuary country with a crippled economy so he can focus on climate change.

He was forced to withdraw in August because even the Democrats didn’t want him in the Oval Office.

Now, he’s venting his frustration out on the citizens he wants to elect him Governor for the third time by purposefully putting their lives in danger.

The Latest Crime Against Americans

Julio Cruz-Velazquez is a 25-year-old criminal who illegally crossed the Mexican border at least 9 years ago.

And since 2010, he’s been expanding his criminal records while evading deportation efforts.

ICE lodged detainer requests against Cruz-Velazquez at least thrice. First, in June 2018, after Tukwila Police Department arrested him for rape and domestic violence.

Then a second time, in January 2019, for driving under the influence and failure to comply.

There have been at least 7 other arrests where Seattle Police released him before ICE was even able to lodge a detainer request.

The crimes involved include second-degree assault, community custody violation, burglary, malicious mischief, possession of a stolen vehicle, and the manufacturing and possession of a controlled substance.

Things reached a head on November 7 when Cruz-Velazquez was arrested and charged for murder. ICE was able to act quickly this time, lodging a detainer on the very same day.

However, once again, the criminal was let loose (this time from King County Jail) to wreak havoc on American citizens.

This marks the third time Inslee’s policies allowed Cruz-Velazquez to escape in defiance of ICE. The agency, increasingly frustrated by so-called “safe” illegal immigrants getting away like this, issued a statement on the matter:

“When law enforcement agencies do not honor ICE detainers or simple notification requests, the individuals they release, who often have significant criminal histories, are turned out into an unsuspecting community, free to continue their criminal behavior and seek out new victims. Such is the case of Julio Cruz-Velazquez.”