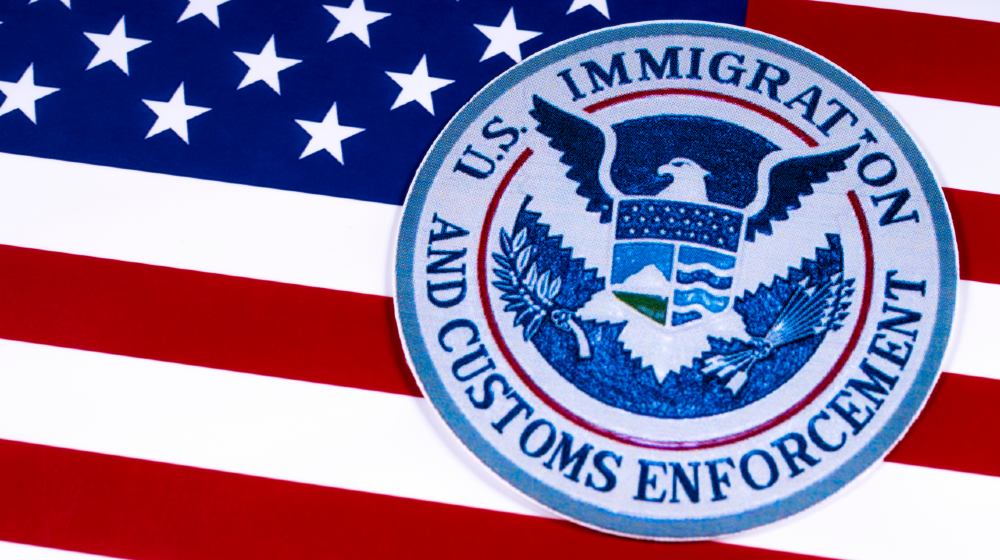 In its year-end report, the Immigration and Customs Enforcement (ICE) agency said they apprehended more than 185,000 illegal aliens in 2020, including 4,000 gang members deported. This includes more than 4,2000 listed gang members. ICE operations experienced a slowdown in 2020, mainly due to the coronavirus pandemic.

From October 1, 2019, until September 30, 2020, ICE agents deported 185,884 illegal aliens from the US. 64% of these deported have criminal convictions or are currently charged with a crime.  This includes 4,276 known or suspected gang members. Furthermore, this includes 675 members of the ultra-violent criminal gang MS-13. Also, 31 deportees consist of well-known or suspected terrorists.

ICE’s detention centers held an average of 33,724 people at any given time in 2020. Meanwhile, the number of people jailed this week is much lower at 15,993. Also, ICE managed to increase total deportations via air travel by 160%. The agency deported more than 350 high-profile illegal immigrants to their home countries. ICE utilized  76 charters in high-risk countries such as Albania, Mongolia, and Turkey.

Critics said the agency did not enact coronavirus safety measures in detention centers. The agency did not do enough to prevent virus transmission among inmates. Then, critics also said that asylum seekers weren’t given a fair shake. The rapid process of deporting undesirables removes their chances of getting properly heard.

The ongoing coronavirus severely hampered the operations of field personnel. This year’s arrests and deportations fell sharply due to coronavirus. Air travel restrictions and policies limited the agency’s ability to travel.  In addition, ICE limited arrests beginning in spring. They will limit operations and focus on apprehending high-risk immigrants with criminal convictions. As a result, detentions were 33% lower than the previous year. Meanwhile, deportations dropped around 30% compared to last year. They were also 27% compared to the year before. The previous low during the Trump Administration totaled 226,000 in 2017. Executive Associate Director Henry Lucero said that the agency “did scale down enforcement. We didn’t stop it. We just prioritized those with a criminal element and those subject to mandatory detention that were potentially at large.”

Under President Trump, immigration enforced many tough measures and proposed controversial ones. Despite outrage from groups, ICE managed to reduce the number of illegal aliens in the US and had gang members deported. According to Breitbart, deporting illegal aliens at an average cost of $10,900 saves money in the long run. Compare that to the estimated $750 billion attending to 11 to 22 million illegals all over the country. By deporting illegals, the country can save over $622 billion over a lifetime.

Meanwhile, incoming President Joe Biden committed a 100-day moratorium on deportations. This includes even those with established criminal backgrounds. Also, he promised to roll back or scale down the man of the current administration’s policies. Staffers led by Biden’s nominee  Alejandro Mayorkas will come up with new or updated guidelines in arrests, removals, and deportation proceedings. Immigration advocates claim that the current low detainees and pandemic-related arrest limits prove that detention is unnecessary. They claim that there is no evidence linking fewer ICE detainees to less safe communities in the vicinity.

Watch the Fox News video where a former ICE director opposes Biden’s policies on immigration and says there’s ‘no downside’ too tight controls:

Do you agree with the Biden administration’s plans to freeze deportation in lieu of updated guidelines? Or do you feel safer with President Trump’s heavy-handed approach to controlling the influx of illegal aliens in the country? Let us know what you think. Leave your opinions in the comment section below.