The Trump campaign criticized the 2020 Democratic National Convention as a “Hollywood-produced infomercial” on its first night. They also warned that the “radical socialist leftist takeover of Joe Biden is complete.”

“Perhaps it was just an oversight, but the first night of the Democrat convention left out the fact that Joe Biden would raise taxes on more than 80 percent of Americans by at least $4 trillion,” said Trump campaign national press secretary Hogan Gidley.

“Also missing was his open borders policy, with amnesty and work permits for 11 million illegal aliens. There was no mention of Joe Biden’s desire to cut police funding, kill ten million energy jobs with a green new deal, or give free healthcare to illegal aliens, but in fairness, it was only the first night,” Gidley added. 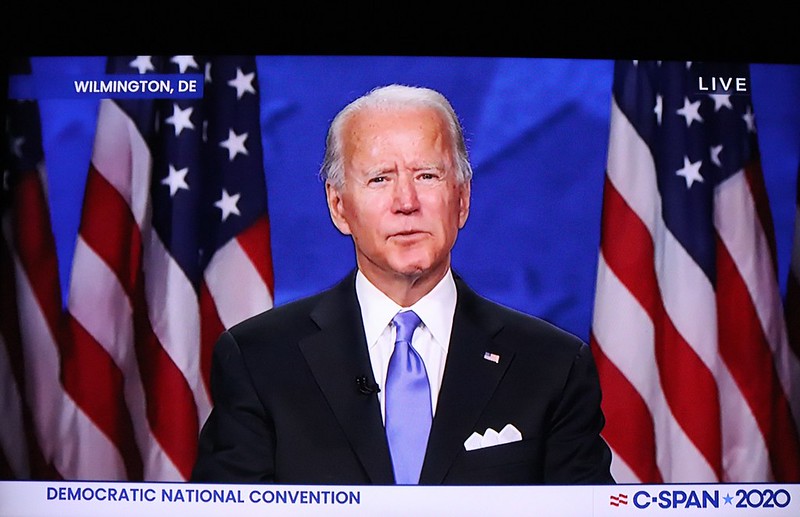 According to Gidley, Democrats “can try to conceal the dangerous truth with a Hollywood-produced infomercial, but they can’t hide the fact that the radical socialist leftist takeover of Joe Biden is complete.”

“During this underwhelming DNC, there’s been a whole lot of singing but ZERO explaining of how Joe will create jobs, end riots, stop innocent loss of life in our streets,” McEnany said on Twitter. “Joe will DESTROY our economy, DEFUND our police, SURRENDER our communities to the anarchists!”

Meanwhile, during the program, Trump campaign strategist Brad Parscale chimed in. He tweeted: “Is this the Democratic National Convention or a Hollywood award show?”

The event went on “with a strong hand by Eva Longoria,” according to Deadline. It was also “full of punchy short segments and speeches from the biggest names in the party and the world of entertainment and sports.”