The Democrats are pushing hard for mail-in voting, and they’re pressuring the post office to fall in line.

Democrats will return from an early recess for a Sunday vote on legislation that would prevent the post office from making significant operational changes ahead of the election season. They’re also calling the postmaster general Louis DeJoy to appear at an August 24 meeting. They decided to do this so that they can grill him over recent cost-cutting measures he’s made at the USPS. Democratic leaders say DeJoy is toeing the line for the Trump administration. They also say he intentionally undermines the postal service’s efficiency in order to sway the country away from mail-in voting.

The USPS controversy kicked off last week after the post office warned 46 states that it cannot guarantee timely delivery of mail-in ballots for the November election. It says that the ballots might not arrive in time to be counted, even if they’re mailed before the state deadline. It also mentioned that the delays could potentially disenfranchise millions of voters. 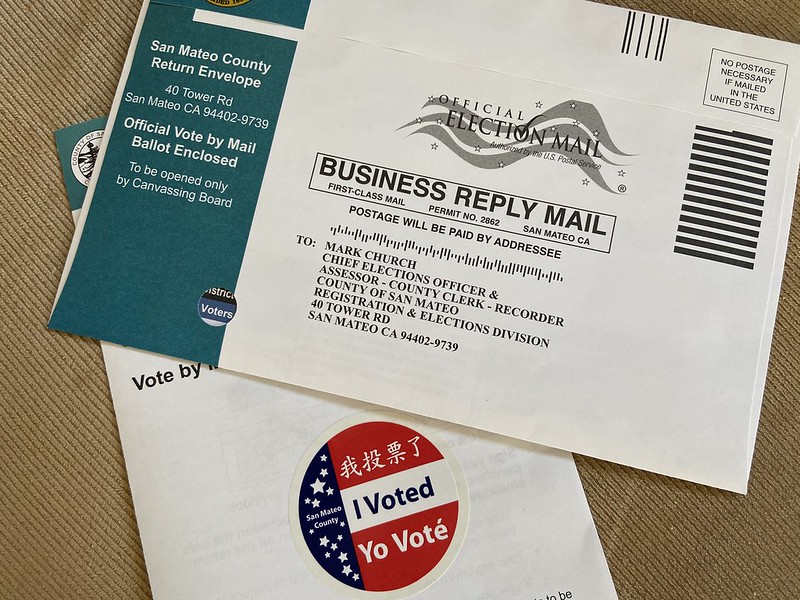 Democrats are pushing hard to expand mail-in voting in November under the guise of pandemic safety measures. However, serious concerns abound over potential voter fraud and logistical delays. The left’s push for mail-in ballots began almost immediately after the pandemic kicked off. Additionally, they’re driving hard to make it the norm this Election Day. DeJoy’s dissenting comments are sparking major outrage on the left. Also, House Majority Leader Nancy Pelosi (D-CA) is even encouraging party members to demonstrate outside local post offices.

DeJoy is taking fire for making major operational changes at the post office since he took the top job in May. Postal union representatives and delivery customers complain that there have been significant delays as of late. Critics say the cost-cutting measures DeJoy has instituted when he had taken the helm resulted in the delays.

Despite the Democratic cries of collusion, the post office is facing serious budgetary shortfalls and the cost-cutting efforts aren’t entirely uncalled for. First-class mail volume is down tremendously, so the USPS is cutting excess capacity in order to enhance its operational efficiency. “It is vital that the Postal Service focus on its financial health and address causes for costs increasing at a time when mail volumes decreased,” the Inspector General’s office said in a statement released in June.

The Democrats & media insist that there are ZERO problems with voting by mail. Well, tomorrow night, I'll SHOW you the problems and why Democrats are pushing so hard for universal mail-in voting. pic.twitter.com/1rFK6F2t1E

However, DeJoy’s sound management moves are in direct conflict with the left-wing push for mail-in voting. Therefore, Democrats are up in arms against the Trump-appointed postmaster general. They claim he is coordinating with the president’s push to undermine the credibility of the election.

According to a statement from Democrats, “the postmaster general…has acted as an accomplice in the president’s campaign to cheat in the election, as he launches sweeping new operational changes that degrade delivery standards and delay the mail.” The Dems sent DeJoy a 10-page letter on Friday demanding him to produce documents relating to the recent delivery delays by Aug. 21 ahead of the hearing in front of the House Committee on Oversight and Reform.

Democrats fervently blocked attempts for a bipartisan stimulus compromise over the past few weeks. Then, they rushed off to recess, but after that, they’re rushing back to D.C. to go on the offensive against the post office. The Democrats’ rapid pushback against DeJoy’s legitimate concerns proves how far they’re willing to go in order to silence and discredit any commentary against mail-in voting. They’ll never admit it. However, it seems painfully obvious that the Dems know they won’t be able to oust President Trump. This is unless they can institute a widespread mail-in voting campaign.