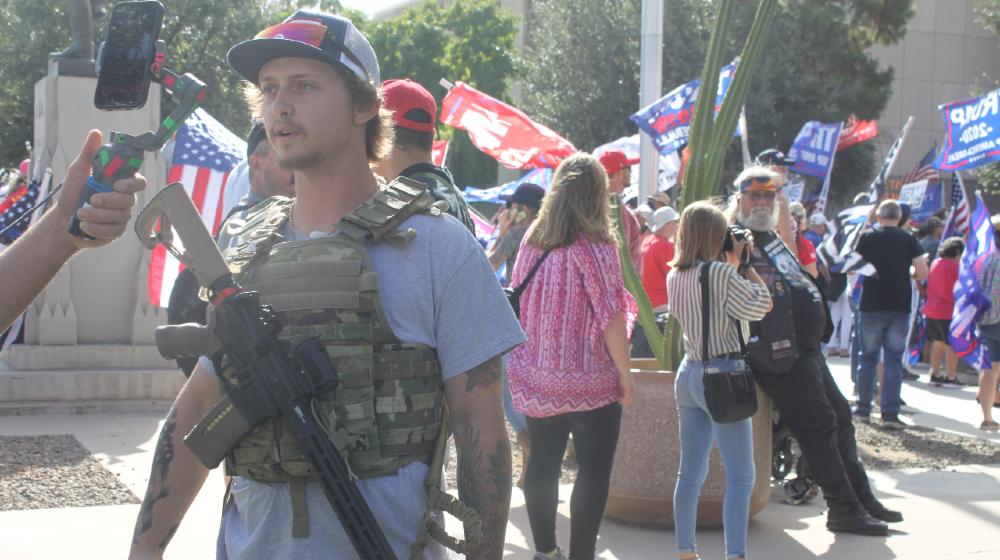 “Arizona stands with law-abiding gun owners. The Second Amendment guarantees vital liberties, just like the First Amendment protects the freedom of speech and the Fourth Amendment prevents unreasonable searches and seizures,” state Rep. Leo Biasiucci (R), the bill’s sponsor, said in a statement. “If the zealous gun-grabbers in Washington try to disarm citizens in the name of political posturing, we’re not going to allow it in Arizona,” it read.

In essence, what HB 2111 does is simple. “Arizona will protect law-abiding gun holders,” said Representative Leo Biasiucci (R). “If the federal government does anything that tries to infringe on our second amendment in the state of Arizona, we’re not going to comply. I was voted into office to protect our constitution.

The Biden Administration was clear that they want to ban AR-15s, high-capacity magazines, and we don’t think that’s right. Our Arizona gun laws are strong and we believe that law-abiding gun owners have the right to bear arms,” Biasiucci said.

I reiterated to them that as a sheriff I took an oath to support and defend the Constitution of the United States and I’m going to do that at every turn,” he said. Many people falsely think that the Second Amendment applies only to hunter purposes. However, Lamb insists that this belief is entirely false.

Others Not So Thrilled

However, not everybody is thrilled with the new law. In fact, Maricopa County Sheriff Paul Penzone said he isn’t a fan of the bill. Specifically, he believes HB 2111 puts law enforcement offices like him in an awkward position. “There’s a political motivation.

It’s one of those emotional issues but as far as the impact on law enforcement, it will create confusion or challenges more than benefits or protecting the Second Amendment. The people who wrote it really didn’t sit down and have a thoughtful conversation as to the application,” Penzone told KTAR Radio last week. “

“I’m just a little bit confused as to what value it offers. It’s arbitrary,” he explained. “You could make the easy argument saying it’s a state practice – the person has a right to bear arms, therefore you’re in conflict with that.

Now you’re putting officers or deputies in this position where they’re questioning whether or not some other entity will determine if it’s in conflict with the Second Amendment, therefore do we act on it? And that’s where it creates problems.”

Besides, the federal government will still depend on individual states to enforce the gun control agenda. Ultimately, the burden falls on county sheriffs, many of whom believe in the constitutionality of owning firearms. Consequently, a Second Amendment sanctuary is a legalized declaration that they will continue to look at the Second Amendment as supreme law.

President Joe Biden has vowed to take up the gun control agenda, with a push for a ban on “assault weapons,” “high capacity” magazines, and universal background checks. Reportedly, the White House plans to announce up to six new gun control measures this Thursday. Among the measures expected to come out are those against ghost guns, regulate stabilizing braces on AR pistols, and set model red flag laws.

However, Ducey beat them to the punch by signing HB 2111 into law Wednesday. This way, Arizona won’t feel compelled to enforce anything they see that violates the US constitution, with emphasis on the Second Amendment.