As riots rage on in the city of Kenosha, Wisconsin’s Democratic governor, Tony Evers, rejected Trump’s interest in visiting. The president is planning a trip to the city on Tuesday of this week to survey the damage caused by oft-violent protests.

The new round of protests is in response to the killing of Jacob Blake, a black man who was shot several times by police officers on August 23.

The president seeks to meet with business owners, community leaders and police officers while assessing the substantial property damage caused by a week of violence and vandalism. 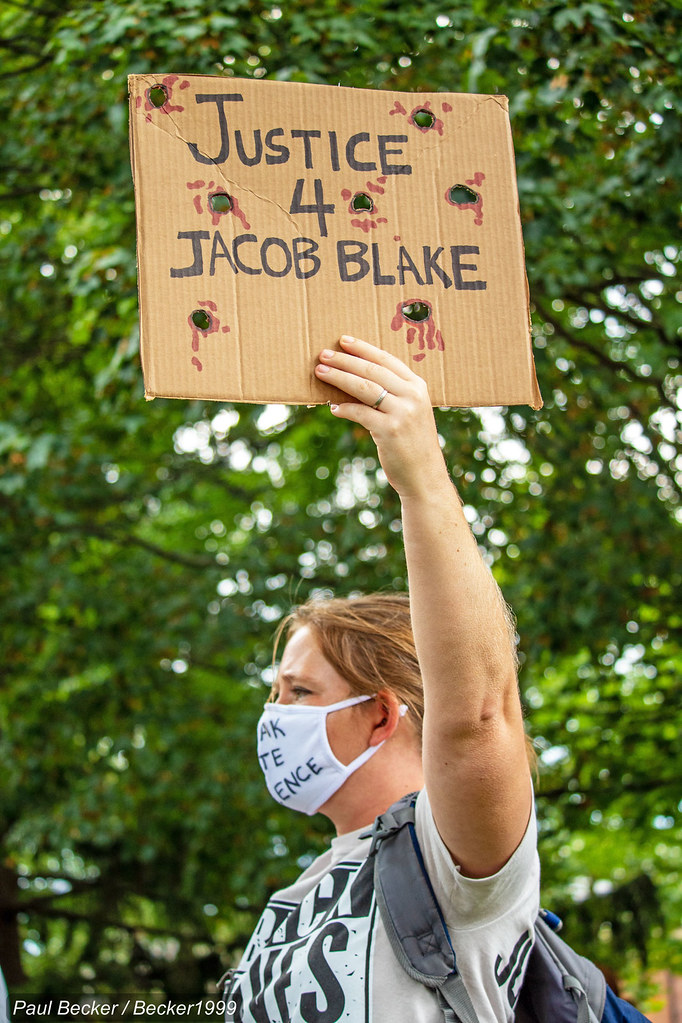 Both Trump’s desire to visit Kenosha, and Democrats’ push to keep him out, naturally have political motives. The president seeks to solidify his image as the law and order candidate, the only person standing between regular Americans and hordes of lawless rioters. As city after city struggles with destructive protests, virtually all in Democrat-run states, this narrative is easy to sell.

Democrats want to deny Trump this easy political victory. Granted, Trump has little interest in visiting Kenosha to heal racial division. They know that the president’s desire to visit Kenosha is mostly about contrasting his vision for America with the riot-damaged city. They also know that Americans are getting very nervous about Democratic endorsement of protests, especially their silence on the destruction that often comes with them.

In this spirit, the Democratic Party seems to be scooting a bit to the right on the issue of violent protests. To start, their top brass is finally acknowledging that they exist, and they’re harming our society.

After taking a notably soft stance on the summer’s violent protests, Joe Biden made a rare forceful statement on the issue:
“You know, as I said after George Floyd’s murder, protesting brutality is a right and absolutely necessary,” said Biden in a video message last week. “But burning down communities is not protest- it’s needless violence, violence that endangers lives, violence that guts businesses and shutters businesses that serve the community. That’s wrong.”

The about-face was likely inspired by a surge of media headlines urging Democratic leadership to take real action against violent protests.

The New York Times was among media outlets predicting a Republican boost as violent protests continue. The liberal news outlet released an article titled “How Chaos in Kenosha Is Already Swaying Some Voters in Wisconsin.”

Even CNN, perhaps the left’s most stalwart media standard-bearer, pushed Biden to take a firm position against the violence and chaos plaguing Kenosha.

Kenosha is the newest flashpoint in not only the racial tensions that have simmered over the summer, but a political contest that will only get hotter in the run-up to the election.