Love him or hate him, there’s no denying that President Trump has the full support of his base. A Goodyear Tire & Rubber Co. training slide prohibiting MAGA and Blue Lives Matter attire at their Topeka, KS plant circulated on the interwebs this week. In response, Trump called for a boycott on Goodyear’s tires – and that’s exactly what they’re on the receiving end of.

Goodyear Tire & Rubber Co. stock dropped by 6% intraday, following Trump’s Wednesday morning tweet, bringing their shares down by a total of 40% this year.

A shot from yesterday as POTUS approached “The Beast”, equipped with @goodyear tires.

According to @LeftlaneNews,
“those gigantic, nearly bus-size Goodyear tires are Kevlar-reinforced run-flats capable of keeping The Beast on the road for quite some distance if needed.” https://t.co/uHhHbAIJKM pic.twitter.com/qd13LI6pOp

Employees are calling the policy discriminatory, and Goodyear is facing serious backlash as the story hits major news outlets. President Trump’s call for boycott finally prompted the company to take action. It made a statement that backpedals some of what it put in the slide:

“Yesterday, Goodyear became the focus of a conversation that created some misconceptions about our policies and our company. Goodyear has always wholeheartedly supported both equality and law enforcement and will continue to do so,” the company tweeted on Wednesday afternoon.

“The visual in question was not created or distributed by Goodyear corporate, nor was it part of a diversity training class,”  the tweet also claimed. It added that the company has always prohibited the “support of political campaigning or support for any political candidate or party.”

Goodyear may have been attempting to take a strong stance on racial inequality. However, at the expense of freedom of expression for all – and are now paying the price.

An employee spoke, under the condition of anonymity, to WIBW-TV in Topeka about the matter. The employee said: “If someone wants to wear a BLM shirt in here, then cool. I’m not going to get offended about it. But at the same time, if someone’s not going to be able to wear something that is politically based, even in the farthest stretch of the imagination, that’s discriminatory. If we’re talking about equality, then it needs to be equality. If not, it’s discrimination.” 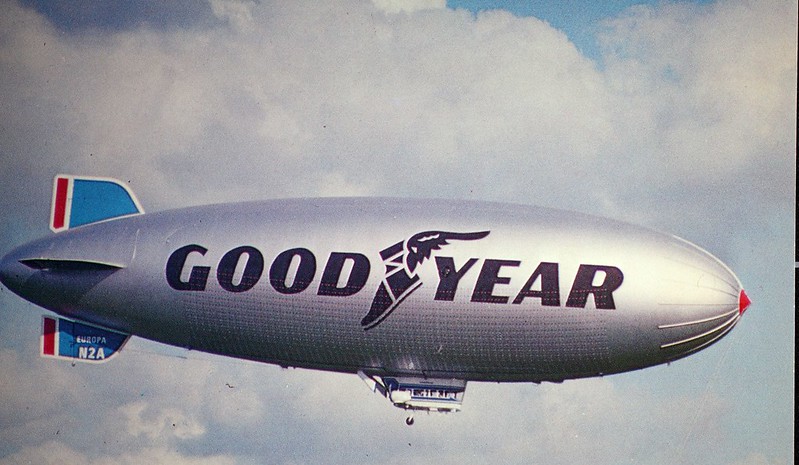 Trump’s tweet on Wednesday morning read, “Don’t buy GOODYEAR TIRES – They announced a BAN ON MAGA HATS. Get better tires for far less! (This is what the Radical Left Democrats do. Two can play the same game, and we have to start playing it now!).”

Trump may be referring to the boycott of Goya after their CEO praised the President in July. The CEO said that “We are all truly blessed” to have a leader like Trump. The CEO made the comment at Trump’s signing of an executive order that pledges to improve Hispanic Americans’ access to educational and economic opportunities.

Brayden King, a professor at Northwestern University’s Kellogg School of Management, says that a 2011 study found that about a quarter of boycotts that gained national media attention got the targeted company to make some concessions.

In the case of Goodyear, perhaps they will begin allowing their employees to protest the rioting, looting, and Marxist policies put forth by BLM.