I have a question for my fellow citizens: What if you were given the choice between living in a home run by a landlord you disliked or having your home taken away from you? How many would choose the latter? I ask this because, if you dislike President Trump, this is the choice you will ultimately have to make in November.

While some Americans and the dishonest mainstream media are arguing loudly about how awful they think our president is, the far left is in the process of undermining our country altogether.

In other Democratic-run cities such as Phoenix, Portland and Seattle, we see violent protests continuing, destroying property and lives, spewing hatred, setting fires and hurling rocks and bottles, with no end in sight, and no effort on the part of mayors or governors to stop it while preventing the police from controlling it.

This isn’t peaceful, and it isn’t about caring for black lives. The Black Lives Matters organization is run by three Marxists whose goal is the takeover of our country and the destruction of our way of life. With the help of the dishonest media and Twitter, we now have the “cancel culture.” If you don’t agree with them you are marked a “racist” and torn apart. Their fear tactics are working, just as they did in Nazi Germany decades ago. 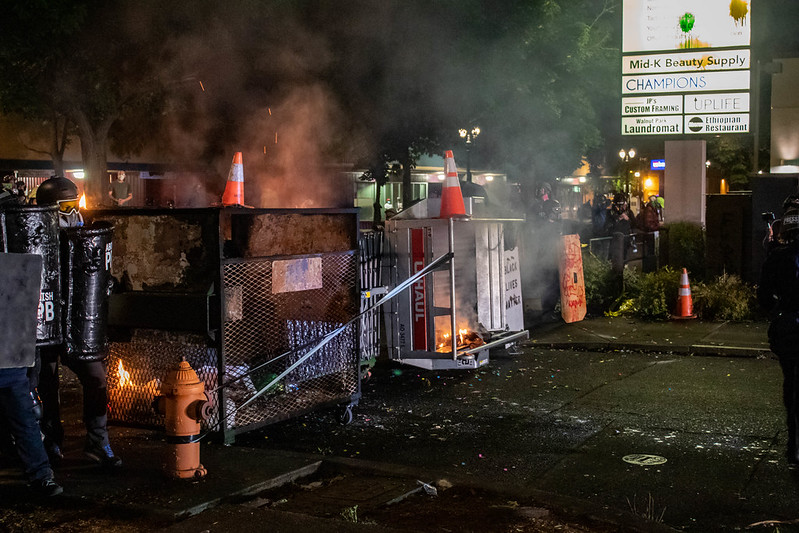 With their choice of Kamala Harris as vice president, the Democrats have clearly shown their true colors. A vote for their extreme agenda will result in absolute chaos as police protection is dismantled and socialism replaces democracy. Personal possessions will be at the mercy of the government, which will control every aspect of our lives. Our borders will be open to whomever wants to come in, criminals included. Do we want this for ourselves or our posterity?

The Republicans, at least, want to preserve our democracy, limit government intervention, protect our freedoms, get our economy and job availability stabilized, keep terrorism at bay and keep us energy independent. They had accomplished all this before COVID-19. They offer us stability, not chaos.

So back to my original question: Will you vote to preserve our democracy under a person you may not like (but who has advanced many positive initiatives), or will you allow the radical left to undermine our country and turn us into a socialist disaster? These are the only choices you have.